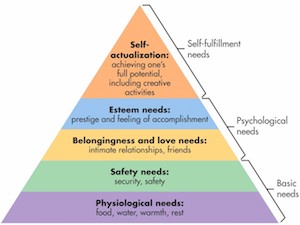 We show, on this site, that the ability (technical, production capabilities, financial, ...) exists today to improve the quality of life for every person (and significantly for most) within a decade, and to have that improvement increase substantially over time. The primary basis for the change we envision is a revolutionary modification to our transportation infrastructure that we specify in detail here. This is augmented by the many evolutionary improvements we, and many others, project in both the effectiveness and efficiency in all our other major systems. But all those changes are significantly enhanced by the characteristics of our proposed transportation system.

The non-infrastructure systems have measures directly associated with the quality of life influences specific to that system. The infrastructure systems indirectly impact quality of life through their interactions with the core systems that use them. For example, our food supply and distribution system has measures related to the quantity of energy (calories) in the food, the various essential nutrients, the diversity of the foods and the taste, presentation and smell of the prepared meals are important influences on the quality of life once basic survival levels are met. We specify what we believe are the the essentiall metrics for all 13 of the systems we discuss.

Most significant among such changes is the discarding of the notion that "jobs", requiring an average in most countries of 1400-2000 working hours per year, for the average of 55-65% of the population that are employed, is needed to provide an "income" to support an "acceptable" quality of life for the members of the household. Note that the hour number is for time spent at the place of employment and does not include time spent commuting to and from that place, which can often be 10-25% of the work time. We show here that an "exceptional" quality of life, can be achieved for all with less than 10% of todays labour inputs. This could be realized in many forms including combinations of:

Our work was initially motivated by our observation that our current transportation infrastructure was far more costly, and less performant, than what was intrinsic to the problem it was addressing. We designed the alternative system(s), outlined above and specified in detail on our transportation subsite, but that lead to many follow on implications regarding all our existing system for supplying the needs of our global population.

We discuss here a general model that applies to many of our systems, either in total (e.g. water, food, energy, information), or as a part of a larger system that fits the model. As illustrated in the image on the right, this model has three main levels: one that deals with the collection of primary resources (e.g. mining, harcesting, farming); a middle one that processes, stores and distributes the key elements handled by that system; the variety of end user applications that provide the demand for what the system does.

On this page, and many of our system sub-sites, we show how this model applies to systems such as our water and food ones, as well as our energy and information infrastructure. Infrastructure systems we consider include our transportation infrastructure system that plays a key role as the distribution network for some of these applications, as well as its major role for moving people and our manufacturing system that plays the processing roles in many of our systems that produce goods.

To some degree our model is related to the . The big differences are that:

For some of the systems we discuss here the first element involves some mechanism for collecting "resources". There is a wide range of resource types and corresponding collection mechanisms associated with each that are specific to the individual system. We use three main categories for these mechanisms:

The final stage of our model is the manner in which the system satisfies the demands of the various applications that the system is intended to service.

We refer to the systems that support our survival as the basic needs. If the level of satisfaction of any of these needs falls below certain levels the person is unlikely to survive for long. The primary needs we consider are food, water, shelter, clothing, and health care. Note that shelter and clothing levels needed will be related to environmental conditions, and under many of those survival will not be an issue.

There is a significant difference between the levels needed for survival and those that would be acceptable or desireable. We discuss the range along these dimensions in the detail documents.

Our primary concern in our basic needs section is systems that are essential for keeping people alive. But in many cases the corresponding system does many more things. Our water system is a strong example of this. The aspects of our water system that are directly related to human consumption of water generally make up a small fraction of overall water demand. That demand is usually divided into 3 areas: domestic, agricultural and industrial. In our water site we go over each of these areas in detail, including variations that occur in the demand in each area across different regions. In addition to these demand related topics we also discuss the characteristics of the various extraction mechanisms as well as the processing, distribution and storage mechanisms.

We differeniate what we refer to as well being, from those we refer to as basic needs, by the fact these are not related to survival, but once survival needs are met than contribute strongly to ones happiness. Entertainment (such as reading, listening to music, watching video media), social interaction with other people or groups of people, travel for leisure or entertainment, and satisfaction of curiosity or education. There is a lot of overlap between these needs and the mechanisms that satisfy them.

Our infrastructure systems provide key capabilities on which the basic needs and well being systems are built. With all of the infrastructure systems we discuss, any resources consumed to support that system are costs that we believe should be eliminated as far as possible while also enhancing the effectiveness of the associated end user system. Almost all of the infrastrucutre systems we discuss already have at least acceptable trajectory towards such effectiveness and efficiency goals.

We believe that our transportation system is the one system that most impacts all the others, and that the developments in that area are also the weakest in terms of overall effectiveness and efficiency. Much of this site is then dedicated to specifying a transportation system that would produce overall effectiveness and efficiency benefits that would exceed the changes achieved in the last 40 years in our information infrastructure. Those have gone from wired analog lines capable of half duplex communication at a couple thousand bits per second, to today's networks with wireless connections able to almost deliver high quality streaming video to a mobile device per person.

Our energy infrastructure, like those related to information and goods, has five primary elements: extraction (or harvesting or farming), consumption for various end user applications, and various stages of processing, storage and distribution in between. In our energy subsite we review the current state of all 5 of those elements and their many relationships, within that infrastructure and to other infrastructures and the primary systems. We then project how we believe things are likely to change in these areas. The biggest among those is a significant reduction in the overall demand for energy, and a much more rapid transition to the elimination of fossil fuel sources than most projections we have seen. We argue that it is quite feasible to have that occur within a decade while enhancing the quality of life of everyone.

We should emphasize that there are major differences in the characteristics of the many forms of energy and how those interact with the five elements above. For example:

The improvements in our information infrastructure over the past 50 years have been far more significant, by any metric, than the changes in any of the other systems we discuss here.
×

We believe that our building infrastructure system uses far to many resources for the functions it suports. Those resources are used in the usual phases of building, operation and maintenance. Our view is that all non-residential buildings are overhead that should be reduced as much as possible, as long as it does not impact any of the primary needs of our populous. We see four primary ways to reduce resource requirements for our building infrastructure, while maintaining and improving the performance of that infrastructure for the primary need of shelter for our people:
×